News
You are here: Home1 / News2 / Uncategorized3 / Hotel vs. Motel

The major difference between a hotel and a motel is that the latter is generally considered more of a family establishment whereas a hotel traditionally caters more for business people.

Motels arose out of the distinct need for a no frills place for people to stay during cross-country drives.

Most motels are situated around their parking lots and the doors generally face onto the parking areas – allowing easy access to vehicles and also allowing people to be able to keep an eye on their cars.

Motels are generally placed for convenience and not necessarily for the natural beauty of the area although that is becoming more important nowadays.

Motels will generally not have as many features as hotels, but will feel more like a home away from home and will offer rates that are more reasonable. Motels tend to make it more convenient for the traveller staying a short period of time and may even include extras such as irons, to help the traveller.

Generally, much emphasis is placed on the guests helping themselves – there are not usually bellhops, turndown services, et cetera, though rooms are usually cleaned.

Hotels tend to be the more luxurious option and generally offer more facilities but you do pay for this. Most of the doors face into the hotel and there is some emphasis placed on the view from the window.

For the businessperson flying in and out on a short trip, several of the hotel’s facilities may go to waste. In general, though, guests at a hotel do expect a whole lot of extras and luxury services.

Generally, the lines between the two are blurring. Motels tended to receive bad reviews and became viewed by some as less desirable places to stay. As a result, many motels cleaned up their images and began to move more into the hotel stream of operations.

A number of motels are probably better classified more as boutique hotels than what we would consider a motel. Fortunately, the emphasis on convenience and better rates has stayed constant.

By the same token, many hotels have also moved over into more of the motel’s realm, offering very basic packages for those who just need a quick and simple solution rather than all the frills.

As a result, the overall line between hotels and motels has become pretty blurred and it is not always possible to differentiate between the two. However, as long as you choose a reputable establishment, you will be satisfied. 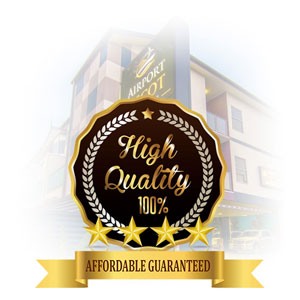